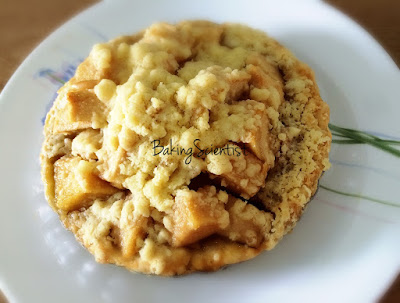 I made this following the link on Miss B's Everybody Eats Well in Flanders blog. Encountered a few hiccups while making this - dough was soft and stuck to the parchment paper as I tried to place it on the tart mould (after rolling dough between the parchment paper). As I halved the recipe, I "forced" the dough to fit into 2 of my 18cm-diameter-tart mould, so the dough was quite thick (that's me being too "smart"). Next, I added a mountain of caramalized apples on top of the dough, which made it hard to place the crumble over the apples evenly (what was I thinking). Basically, everything seemed to go wrong :p

Lucky me, the end result was still delicious despite the hiccups :) So, for any recipe, it certainly helps to follow the pan size all the time :p

It was the first time I tried to caramelize apples, thus I wasn't sure when it was considered done. Some sites suggested simmering until the liquid appears, for approximately 10 mins; others suggested simmering until liquid is almost gone. I did the earlier, and the apples still had a bit of crunch and not too soft. I guess if you want really soft apples, you can simmer them for a longer time.

Best way to serve apple crumble pie is probably a little warm, top with a scoop of ice-cream. Enjoy! 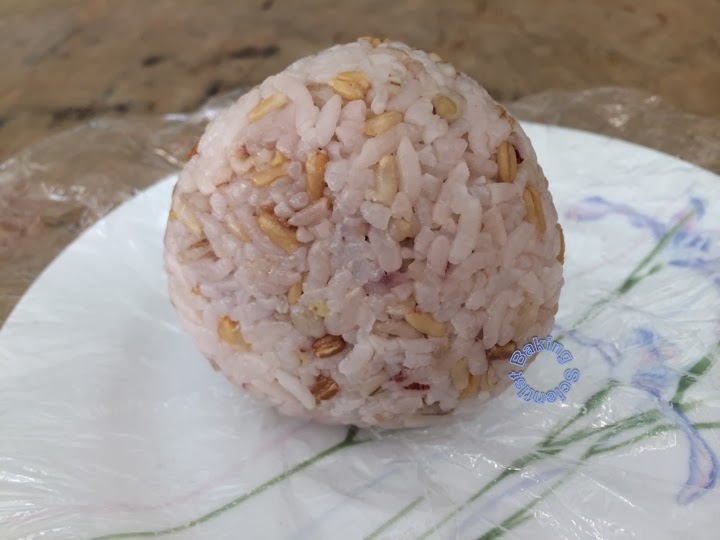